What makes a person a champion? It is a number of things. From a professional perspective, one has to be knowledgeable and credible, providing thought leadership. Burt moved agricultural extension and advisory services forward on so many levels. He contributed to major efforts in the 1970s and 1980s with FAO. He helped start the Association for International Agricultural and Extension Education (AIAEE) in 1984. In the 1990s and 2000s, he was still going strong, making important contributions in India, Ethiopia, and elsewhere. Globally he was a recognized figure in extension; everyone knows the book he co-edited on improving extension and tributes have come in from all across the world.

But the defining characteristic of true champions is passion. Burt was passionate about his work, about people, about extension. I've seen so many comments in this regard on his family guestbook and in online conversations about Burt since his passing. My biggest takeaway from Burt is how passionate he was about extension, rural people, and especially farm women.

Kristin: As a graduate student in international extension, I probably met Burt in 2000 when I first started attending AIAEE. Since then we met frequently, working together on the Ethiopian extension study, the Worldwide Extension Study, and many other projects. In addition to inspiring many with his international work, he was also a very personable person. It was always enjoyable to share a glass of wine with Burt and chat not just about his work but also his family. I've been missing Burt for years but now it is finally goodbye. My best wishes to Iris and the rest of the family. ​ 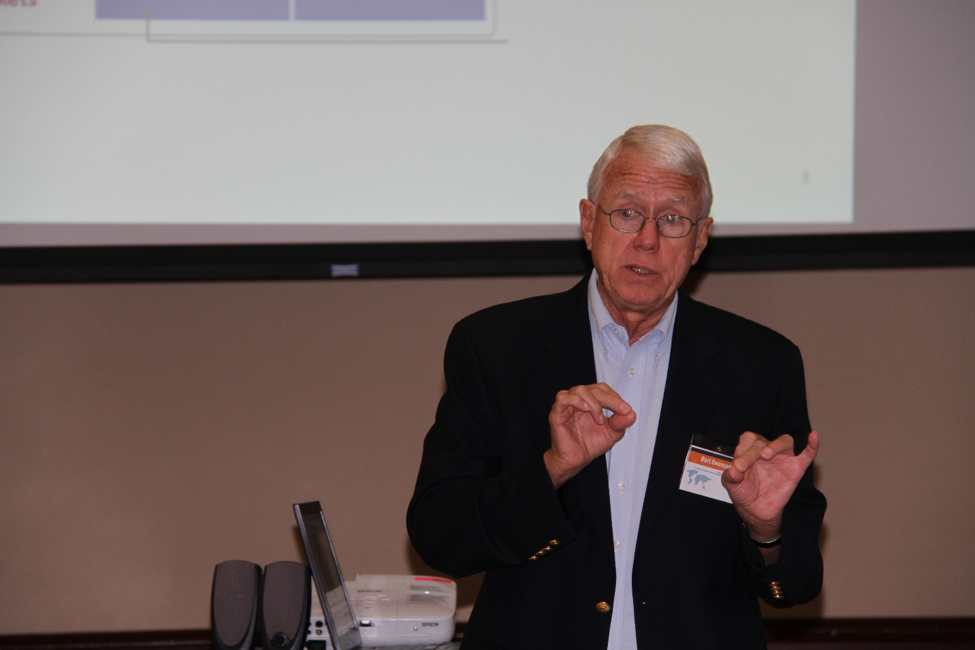 Andrea: A memory keeps coming back when I think about Burt. He is walking from Freer Hall towards Mumford Hall, having just finished his daily rounds in the pool. I was on the other side of Gregory Drive heading home when he called over to me. "Andrea, you are just the person I've been looking for." And that is the sentence that ultimately brought me on board for Modernizing Extension and Advisory Services project, embarking on a drastic career change. Among Burt's many strengths was that he cultivated relationships, build networks, brought people together, and inspired us to contribute to the greater good. He worked with such discipline and such long hours, driven by passion that was infectious and inspiring. He has been a role model and his legacy carries on.

See here for more about Burt's career in extension.

AESA also remembers Prof. Swanson and his contributions to extension in South Asia. Many extensionists in the region and across the world know him. In India, he was instrumental in designing and piloting the ATMA Model representing the World Bank during 1997-2003. He was a founder and first president of the Association of International Agricultural Extension Education (AIAEE). Prof. Swanson worked very closely with the Extension Division of the Ministry of Agriculture during the NATP/ATMA pilot phase with Dr V V Sadamate (Directorate of Extension/Ministry of Agriculture), Dr M N Reddy (MANAGE), Dr Sanat Mishra (OUAT) and Dr K M Singh (MANAGE faculty), consultants and ATMA Project Directors (Dr M N Reddy, Dr G R Desai, Dr Sanat Mishra (OUAT), Dr K M Singh (DRPCAU). Both Dr Rasheed Sulaiman V (CRISP) and Dr Sarvanan Raj (MANAGE) had an immense professional relationship with Professor Swanson. All of them recollect their association with him here below.

Dr K M Singh
I came to know him in 2004, when he was a part of ITR mission of ATMA project in India at MANAGE, Hyderabad. He has been like a mentor to me ever since. I remember after my presentation on success story on Vincarosea, he came to me and said that this needs to be shared with global audience, which resulted in my visit to UIUC and Chicago to participate in IAMA conference in June/ July 2005. I owe to him much of my work and success in agricultural extension despite being an economist, as Burt was always available to help and guide. I wish his wife Iris strength in these difficult times. In the end, I can only pray that his soul rests in peace.

Dr V V Sadamate
Prof Swanson extensively contributed to the discipline of extension. I had a wonderful opportunity to work with him on extension reforms in India in the mid-nineties when we designed and piloted the ATMA model under the guidance of him, Dr Rita Sharma and Dr R S Paroda. MANAGE provided an excellent back up to this successful experiment. R&D linkage was another area of deep interest for him. Prof. Swanson took a lot of interest in the Indian way of life, its culture and farmers' wisdom. Extension professionals world over would recall his great contributions. For me, it is a great personal and professional loss. Sincere prayers for his departed soul.

Dr Sanat Misra
We not only missed an extension professional but more importantly a very good human being.
Let his soul rest in peace.

Dr M N Reddy
Very big loss to the extension fraternity. He was instrumental in bringing reforms in agricultural extension world-wide in general and in India in particular. I had an opportunity to work with Dr.Burt very closely for a decade. It is a personal loss to me and I pray Almighty to rest his soul in peace

Dr Rasheed Sulaiman V
I met Professor Swanson for the first time during one of the NATP design workshops at the Directorate of Extension (Krishi Vistar Bhavan) in 1998. Later, I interacted with him in Ethiopia during the International Conference on Advancing Agriculture in Developing Countries through Knowledge and Innovation, 7-9 April 2008, Addis Ababa, Ethiopia, and we had a lunch meeting on the world-wide extension study and use of indicators for assessing extension. Since then, I had several professional exchanges with Prof. Swanson on several aspects of extension reforms including the status of ATMA in India.

On behalf of AESA, our heartfelt condolences go out to his family. All of us will surely miss the presence of such a truly lovable and kind person who has been passionate about reforming extension and advisory services worldwide.

An international study-abroad scholarship, The Burt Swanson Scholarship In Rural Development, has been established at the University of Illinois in his memory. For questions about the scholarship, contact Matthew Smith at This email address is being protected from spambots. You need JavaScript enabled to view it..

This Post was originally published on the DLEC Extension & Advisory Services Community of Practice website and written by Kristin Davis and Andrea Bohn.​ An addition written and compiled by AESA was used to update this post. 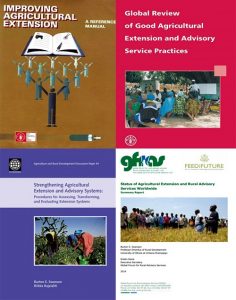 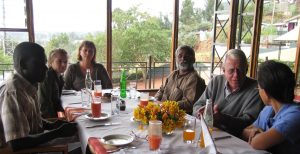 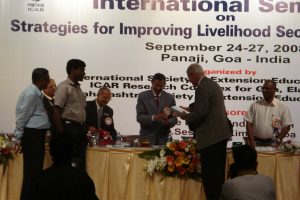 Extension and Advisory Services Role in the COVID-...

More posts from author
Friday, 15 May 2020 Burt Swanson - Celebrating an Extension Champion
Tuesday, 16 April 2019 The research-practitioner divide: Why we are still optimistic
Monday, 08 January 2018 How will you transform extension in 2018?

No comments made yet. Be the first to submit a comment
© GFRAS 2022, Global Forum for Rural Advisory Services.
Site by Joomla Experts