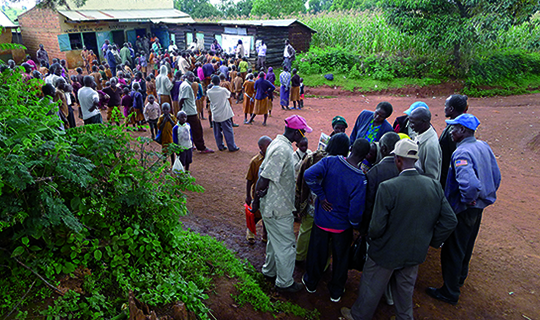 Author information:
Eric Boa is an independent consultant and senior research fellow at the University of Aberdeen, previously with CABI, where plant health rallies evolved.
Patrick Papania is a social and economic development practitioner with extensive experience in applying SCALE in USAID projects.
Joseph Mulema is the Plantwise Regional Support Manager for Africa.
Harun-Ar-Rashid is the executive director of the Agricultural Advisory Society, Bangladesh and is a pioneer of the Going Public method, the precursor of plant health rallies.
Steven Franzel is a social scientist who leads ICRAF’s unit on rural advisory services.