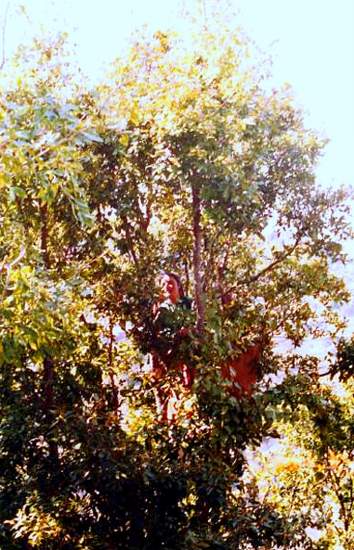 Here crop-livestock integrated farming was the major source of livelihood & women in my village would mostly talk about fodder & livestock than chatting about their kids, their food & education. With ever reducing village commons & small land holdings, preferring fodder cultivation over growing food crops was considered a crazy idea then. Livestock would better graze in the nearby forest and survive largely on crop residues and lopped tree fodders.

Later, equipped with highest degrees in agricultural science from premier agricultural university and a veterinary research institute, I spent over six years during 1990s in Central Himalayan region of India as an Agricultural extension scientist. I extensively toured the region, to understand the local farmers & their problems so as to find ways to improve their life through improved livestock productivity.

I found feed and fodder scarcity was still a major constraint in the region, making life of rural women further stressful adding to drudgery as they had to spend most of their time in collecting fuel wood & fodder for livestock. Livestock has always been an integral part of mountain mixed farming system, which not only provide milk & meat but also an important source of manure for fertilizing soil.

From my childhood to half a century now, the women in this region still discuss the same old problem-fodder! my mother over 80 years now, whenever, I go to my village, her major worry remains- fodder for her single cow! Pity, I can’t help my mother- for things as small as grass!!!

We can see every morning women leaving homes in search of either fuel wood or fodder, risking their lives they climb up fodder trees every day. While lopping trees for fodder, women sometime fell down causing at time irrecoverable injuries making them handicapped for life. The hard working rural women of this region almost worship & nurture Grewia optiva, Celtis australis & Quercus leucotrichophora- the important fodder trees of the region. Women love these trees, may be more than their men, especially Grevia optiva is valued much for its multi- purpose uses like making ropes from its fibre, fuel wood & fodder which is also said to improve fat content in milk if fed to milch animals.

Since women continue to do most of the animal husbandry related tasks, they spend substantial time on fodder collection, hey making etc. I’m grown up since my childhood with lot many changes in my life, but the life of women here remains same regarding fodder needs for their livestock. In foot hills, farmers have adopted green fodder cultivation especially clover to some extent, but up in the hills problem remain as mountainous as it has always been!

At 50 years now, just like a middle age crisis/middle age blues, I wonder, if we can reduce the drudgery of women in rural areas of Uttarakhand by improving the fodder biomass production on- farm! Can we improve the availability of fodder through improved fodder cultivation practices or by improving the productivity of fodder trees through suitable interventions?

Maybe we can do a little good for women & livestock, if:

I wish what I have seen since my childhood- a life full of drudgery for rural women of Uttarakhand, change to better quality of life through improved fodder biomass production on-farm!